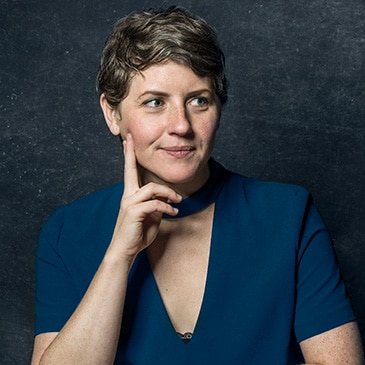 Connect with me
Refer Emily

She has experience working with clients on a wide range of issues including shareholder disputes, class action defense, contract disputes, product liability, employment issues, environmental matters, franchise agreements, leases, debt recovery, and municipal and other government relations. Emily has also advised and represented clients involved in various regulated industries including securities, pharmaceuticals, and energy. She has appeared as counsel at various levels of court in BC and Ontario, as well as before the Federal Court, and administrative and regulatory tribunals.

Emily’s mediation and arbitration experience includes both domestic and international commercial matters on a range of issues including securities, real property disputes, and licensing agreements.

Emily sits on the editorial board of the Commercial Litigation and Arbitration Review and is a member of the Advocates Society and the Canadian Bar Association. She is past Vice Chair of the British Columbia Regional Advisory Committee, National Standing Committee, and Young Advocates’ Standing Committee of the Advocates’ Society, and a past member of the Law Reform, Court Services, Government Relations, and Resolutions and Bylaws Committees of the Canadian Bar Association, BC Branch.

Emily is a regular contributor to various CLE programs and publications, including in the areas of class actions, expert evidence, professional regulation, and arbitration. She is a former clerk of the British Columbia Supreme Court and a past participant in the British Columbia Inns of Court Program. 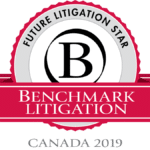 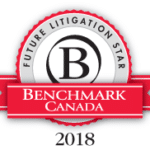 Oei v. Hui, 2020 BCCA 214, successful on behalf of the appellants, Terry Hui and Concord Pacific Acquisitions on case concerning the tort of abuse of process. In overturning the decision below, the Court confirmed the elements of the tort, including the “overt act”. The Court rejected the argument that a plea of “knowing falsity” can transform a claim into an improper one, including on the basis of inconsistency with absolute privilege.

Este v. Esteghamat-Ardakani, 2020 BCCA 202, successful on behalf of the appellant in setting aside a mandatory interlocutory injunction issued in favour of one tenant in common against the other. The Court confirmed the law of tenancy in common, rejecting the argument that one property owner could be compelled to agree to the rebuilding of a residence on jointly-owned land.

Concord Pacific Acquisitions v. Hong Leong Oei et al., 2019 BCSC 1190, a four-month trial concerning a “Heads of Agreement” entered into between the parties and whether it gave rise to contractual obligations in respect of a proposed transfer and development of the Plaza of Nations land, or obligations of good faith.

Este v. Esteghamat-Ardakani et al., 2018 BCCA 290, successfully representing two of the defendants in having the trial court’s determination dismissing the claim as an abuse of process upheld. The Court of Appeal the determination below that the plaintiff’s position claiming beneficial ownership of assets she had previously disclaimed in a family proceeding constituted an abuse. Leave to appeal to the Supreme Court of Canada was denied.

B.I. Incorporated et al. v. Au et al., 2017 BCSC 2476, successfully represented the petitioners in having letters rogatory from the Supreme Court for the County of Onondaga, State of New York enforced. The court concluded that the testimony of the BC-resident engineer sought in respect of product liability claims related to an electronic monitoring bracelet was relevant, necessary, and not unduly burdensome, rejecting arguments that it could have been obtained through one of the other witnesses.

Basha Sales Co. Ltd. v. Adera Equities Inc., 2017 BCSC 1715, successfully represented the Adera Group and executives in bringing application for special costs arising from summary trial dismissal of a claim by owners of a residential development against the developer and adjacent property owners for additional parking stalls in a shared underground parking facility.

Arkansas Teachers Retirement System v. Lions Gate Entertainment Corp., 2016 BCSC 432, successfully represented Lions Gate in defeating an application to bring a derivative action in the company’s name against current and former directors and officers, arising out of the attempted takeover of Lions Gate by Carl Icahn in 2010.

Fanshawe College v. AU Optronics, 2015 ONSC 3414, in proposed class proceeding on behalf of purchasers of liquid crystal display products, successfully opposed motion to add a new plaintiff on the basis that the proposed plaintiff’s claims were not captured by the existing pleading and were statute-barred.